Export of Icelandic sunshine.
I am often asked if tourists buy a lot of paintings, yes it happens and when I think about it, they often buy the painting of the sun. Typically would one would think it was the northern lights, mountains or the elves, I do not paint as such. 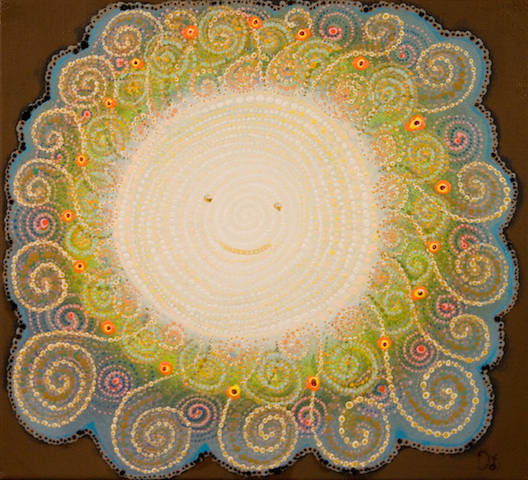 Myndirniná þessu bloggi hér fyrir neðan er ekki enn seld.
The featured image of this blog here below, is not yet sold.