In many peoples soul of there are often some extremes, they can relate to the past and emotions, or the future and the ego, so there are also many who are well-balanced for the good of a whole society.
Kjarvalssadir is opening a show today that shows the shadow side of the art, which will be interesting to see. I’ll show on this blog two pictures on lives tragedy that have often, been motive in my artistic creation, but I’ve been motivating more sun in my art in recent years. 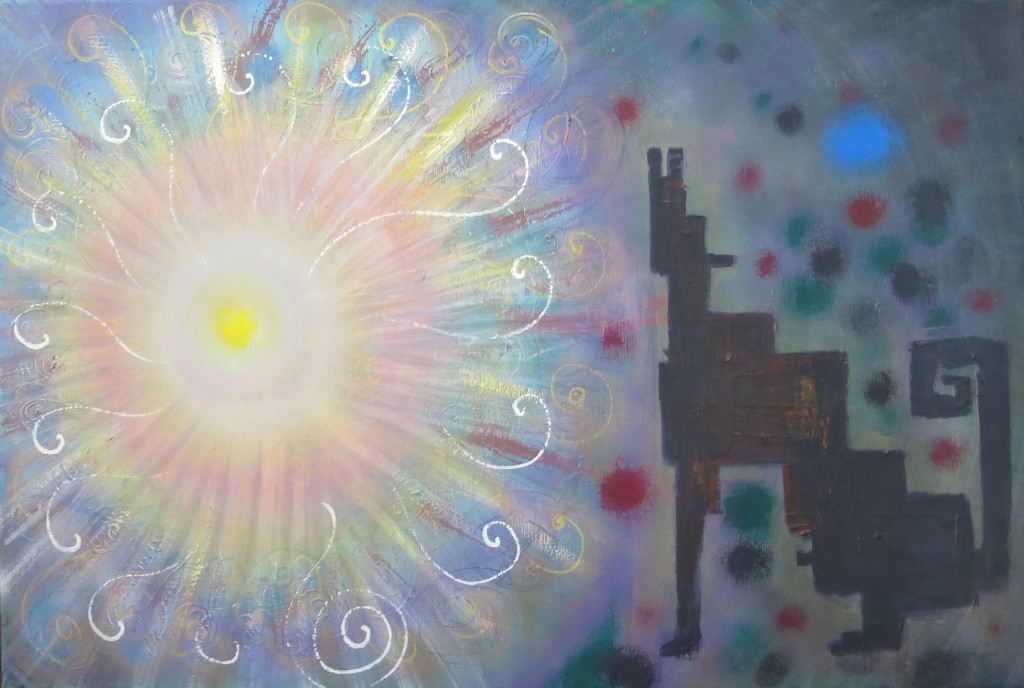