I surf quite a bit of website where photographers display their work, it is perhaps just my experience but the sky is there very popular subject, hopefully it’s because somewhere in their soul is a desire for the most remarkable therein, Some believe but others say as the Psychologist Jung when he was asked whether he believed in God, ” I do not have to believe, I know” which of course is the best answer.

I’m not going into any discussion on religion but as I practice Sahaja Yoga and feel “God” inside of me I can agree with Jung.

Continue to watch the sky. 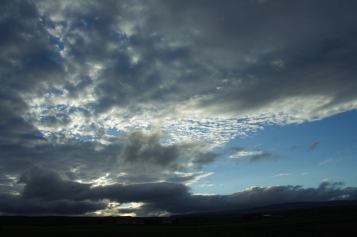